I love worldbuilding. Most of the things I write about and think about and read about tends to involve it in some fashion – from little oddities, like an Earth that’s exactly the same as ours except for the occasional angel or zombie or android or what-have-you, to the sprawling high-fantasy landscapes of alien worlds and distant planes. Fantasy and sci-fi have always been my favourite genres due to that particular mix of familiar with far-from-familiar – the humanity in the inhumanity.So it’s weird then that, when my friends say that they hate worldbuilding, I find a part of myself agreeing them, and another part of myself feeling the need to write this article as a response. As a defence.

The problem, really, is that people do a disservice to the art of worldbuilding by trying to… well, worldbuild. Poorly, a lot of the time.

Here’s the thing: ideas are cheap. Execution is everything. That’s not to say that there aren’t bad ideas and good ideas – just that a good idea isn’t going to save bad execution. This is why the best thing that anyone who wants to write can do is just sit down and write and practice the craft.

There’s a second meaning to what I just said: even if you think your ideas are good, that doesn’t mean I’m going to care about them when I read it.

That’s where I find a lot of the distaste for worldbuilding among my friends coming from. It’s been given a sort-of second meaning – a story priding itself on its worldbuilding is going to be dry, and full of exposition, and boring, with characters taking a backseat to the setting, etc. etc.

So, I’m going to try and lay down some general pointers for anyone who’s thinking of getting into the business. Some food for thought. I don’t want to say rules because writing rules are for wankers, but I’m privately going to be thinking of them as that.

I find that a lot of new writers, who naturally want to write some sprawling fantasy epic as their opening gambit, go in with the intention of creating a fantasy world. Usually they think they need a collection of kingdoms, some countries, maybe a name for their world, a little D&D-style opening village with a tavern. Or they think of a sci-fi setting with vast empires and weird aliens and humans caught somewhere in the middle.

Inevitably, they end up with a handful of half-hearted, cliche-ridden locations, maybe a handful of gods in a Greek-reminiscent pantheon, a few alien races. Elves. All of it is lacking something.

The problem with starting so deliberately large in scale is that there’s nothing to draw readers in. The best settings, I find, start with a direction, a theme, a seed of a particular story idea. These are the places to start from. If you know that you want a story about, say, a spaceship that lives and breathes and dreams as it glides through space, that gives you a perfect data point from which to build out.

For example, if you know you’re starting with this strange living spaceship, you can think about what type of setting you want based on how it functions – is it possessed by a supernatural spirit? Propelled by a spell? Powered by a super advanced AI? A literal biological alien flesh-ship twisting through the void like an enormous serpent? What crews it? Does it have one? Did it have one?

Who made it? What do they think of it? Are there more of them?

What does it think of lesser, unthinking ships as it passes them in the darkness between the stars? Or maybe all spaceships think, whether their crew are aware of it or not.

There needs to be a story behind your world. An idea behind the idea. Making a world in order to make a world leaves you panning for worn-out, uninteresting details to fill in the frames of things that you feel _should _be there. Window dressing. This brings me onto my next point:

This is a bit of a risky way to title this point, I admit – unpacking your writing is a solid way to breathe life into your characters. What I’m talking about here, specifically, is when writers want to show off exactly all the details that make up part of their setting – explaining the hierarchy; telling us about the geography; boilerplating their writing with unwanted, expository detail.

The idea behind the credo of ‘Show, Don’t Tell’ is that obfuscated information is vastly more interesting and rewarding to a reader than information given freely. An example, from personal experience: creating your own terminology for things in your setting can be super rewarding for your audience when they intuit the meaning, and makes it something memorable; something they can point to. It’s a small detail that can help add that feeling of dimensionality to your settings.

A really awesome example from something I’ve read recently: ‘Eating at the End-of-the-World Café’ by Dale Bailey – a short story that paints a more memorable setting in twenty-five or so pages than most authors can manage in entire trilogies. I really don’t want to say anything about it specifically, because I feel I’d just detract from Bailey’s work, but it does an excellent job of slipping significant details into the tone and imagery and characterisation that reveal ever-more horrific truths about the setting.

On a tangential, vaguely masturbatory note: my friend who runs this lovely website wrote an article some ways back on the nature of pretentious media. I think pretentious media is what happens when you have the reverse issue to what this point is about: not showing enough of your working. Clarity is the first and foremost objective for any writer – your audience should always understand, at the very least, exactly what is happening in your scenes. If you want your audience to take your bait and become hooked, you need to get them in the water so they can understand what the hell they’re looking at first.

Ask Your Characters What They Think

This point really follows directly on from my first one: after you know what exists in your setting, you’re going to want to know what relationship your characters have with that setting – and it’s often going to be the most interesting part.

People are complicated, and thus they have complicated relationships. Once again, this ties in nicely with an article Ross wrote a while back about, surprise surprise, character writing. Mostly, I just want to reiterate this advice he gave:

Your characters have their own thoughts and feelings on aspects of the setting they’re living and breathing and shitting in. They might have lived there all their lives, or they might have just been sent over after being demoted by their superior, or they might have just invaded, or whatever else applies. At the most obvious, expansive level this is going to be things like their political beliefs, their religion, their species, profession. In other, harder-to-pin-down places, it’s their mundane experiences, their personalities, their tastes and their dreams.

It’s easy, I think, when sketching out the broad strokes of your world and your story, to let things fall into easy categories and cliche. And sometimes that’s fine – cliches are as valid a tool as anything else – but it can pay dividends in terms of helping your setting stand out from the crowd if you make things complicated. If your setting is difficult and dangerous, how have your characters learned to cope  – or perhaps they simply haven’t? If your setting is idyllic and peaceful, where does the conflict come from – how does your villain manifest? Don’t let the inhabitants of your world fall into easy categories. And remember that no villain believes that they’re the villain, when it comes to that.

Everyone knows necromancy is evil. Of course, Morgan knows that too. The travelling holy men that wander through town every other week told him so, spoke of their bloody sacrifices, the twisted gods they worship, the way you can smell their foul magic rotting their brains inside their skulls.

Morgan’s dog died a month or two ago and he’s not sure he’ll ever get over it. Butchering his pigs for their meat, chopping it up into parcels and selling it in the market – that wasn’t anything to Morgan. But he’d had that dog since he’d been a little boy. It’d been his best friend.

Everyone knows necromancy is evil. And Morgan can’t stop thinking of the grave by the back door, and the pigs taking up space in his field, and his carving knife glinting blood red in the moonlight.

Not Everything Has To Be Logical – Just Consistent

The impetus behind this point mostly lies in a couple of specific things that come up whenever worldbuilding, especially fantasy worldbuilding, comes up as a topic: magic systems.

Many of the most popular and expansive universes recently – Magic the Gathering, Warhammer, Dungeons and Dragons, etc. etc. – are mostly/entirely expressed through single or multiple games. When a world is designed to be used in a game, systems in that world have to be codified for use by the players. This means, instead of whimsical fairy-tale magic with unfathomable mysteries and bizarre effects and restrictions, spell slots and spell levels and mana pools and so-on have become more commonplace. Authors like Patrick Rothfuss and Brandon Sanderson make use of magic systems like this, for example.

There’s nothing wrong with having ordered, structured magic instead of whimsical, fairy-tale magic, or vice-versa – I’ve heard this referred to as “scientific magic” vs “poetic magic”, or magic-as-problem-solving vs magic-as-whimsy, whatever you prefer – but there are issues I see manifesting with either approach.

On the one hand, worldbuilders try to come up with a unique, overcomplicated magic system for their universe and make something that doesn’t really add anything to the story they’re trying to tell, or even worse, is used incredibly inconsistently (anyone remember Eragon?) and defeats the purpose of a detailed system in the first place.

On the other hand, rule-less, whimsical magic can be misused and arbitrarily create plot-holes, deus ex machina moments, and generally ruin the reader’s suspension of disbelief.

In the end, what matters is that the author is consistent – and this doesn’t apply to just magic systems. Whether it’s the degree to which faster-than-light travel is possible, or the level of technology available, to the biology of a fictional creature, or the legal system of a country – when it becomes relevant, it should always make sense within the setting.

Really, what I’d like people to take away from this article is the idea that World-Building Done Right is something that will naturally expand out as you write your story. 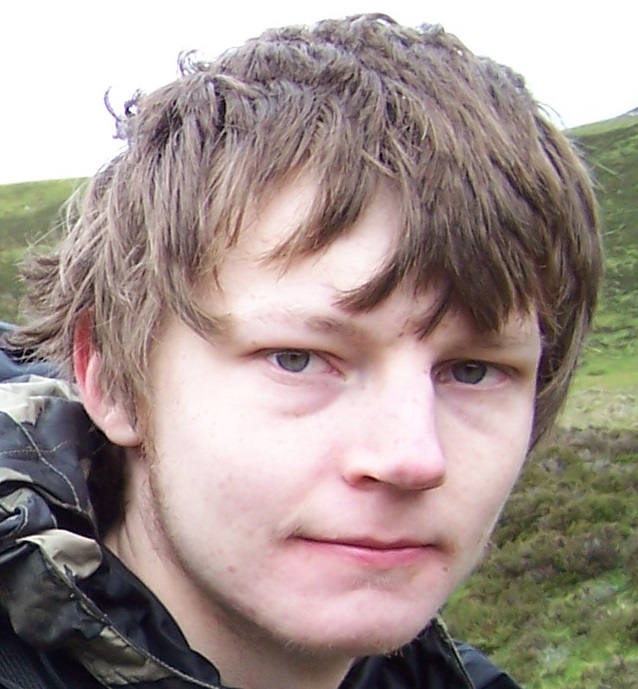 A charming lad who tweedles about the moors. An unqualified expert in editing and wizard paper.